Learn how others have made an impact through their acts of giving to Drew University. 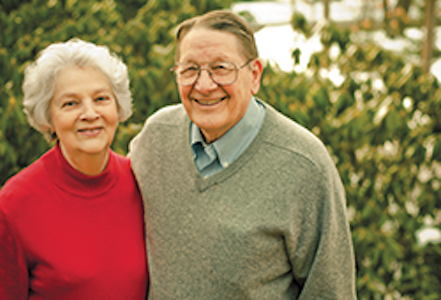 Recognizing the importance of supporting scholarship at Drew, yet mindful of their desire for additional income, Stan and Betty Menking turned to the charitable gift annuity. “We’ve made two gift annuities that allow us to do this, while we receive income from those assets until our death,” says Stan. “It is our hope that others will discover the joy and satisfaction of giving back to Drew.”

The Menkings’ gift annuity supports student scholarships while generating income for the couple, both with ties to Drew. A Theological School student who attended Drew on a scholarship, Stanley T’57, G’66 Menking became a pastor and founded Respond, Inc., a ministry in Camden, N.J., that still runs today. He later returned to Drew as an associate dean in the seminary. His wife, Betty, was Drew’s first custodial supervisor and handled facilities maintenance for the campus. 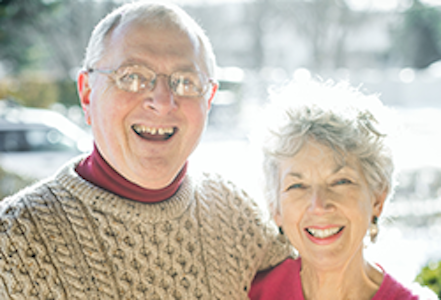 Like many of his generation, Bill was the first in his family to attend college. He enjoyed the nurturing and stimulating environment at Drew and, after serving in the Navy, returned to Drew to work in admissions. His career path ultimately led to Lehigh University, where he served for 34 years as director of financial aid, retiring in 2001.

Throughout the years Bill regularly donated to Drew, fondly recalling the professors and classmates who helped to stretch him intellectually. At retirement, he considered making a planned gift, and sat down with his financial planner, lawyer and accountant. “I began to think more seriously about what Drew had meant to me,” says Bill. “As a financial aid director all those years, creating a need-based scholarship fund was a no brainer! It has been exciting.”

In the order of nature we cannot render benefits to those from whom we receive them, or only seldom. But the benefit we receive must be rendered again, line for line, deed for deed, cent for cent, to somebody.—Ralph Waldo Emerson 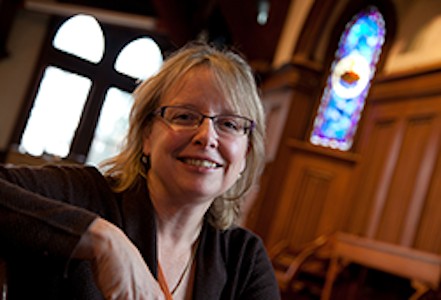 “Without scholarship help I would not have gotten through the seminary,” Mickel reflected in a 2000 interview with the United Methodist News Service. “I’d like to be able to help other students in the same way.”

When he retired as pastor of the Rock City Falls/Middle Grove United Methodist Church, Chris established the Mickel Scholarship in Town and Country Ministry to help current and future M.Div. students with an abiding interest in rural ministry. Each year Chris donated the amount needed for an annual award to students. Those close to Drew knew that Chris supplemented his gift by selling home-grown and hand-canned pickles from his sprawling garden in upstate New York.

Before Chris passed away in April 2012, he made sure that the Mickel Scholarship in Town and Country Ministry would continue on even when he wasn’t around to make pickles. He had established several charitable gift annuities with Drew which both provided him with income during his lifetime and now have permanently endowed his scholarship.

Ninabeth Metcalf is the current recipient of the Mickel Scholarship. In addition to her work as a masters of divinity student at Drew she is also serving at the Nolton United Methodist Church in northwestern New Jersey. “This is the time when strong, balanced, and skilled church leadership is needed. Drew has given me the tools with which to respond to the unique gifts and challenges found in small, rural parishes,” says Ninabeth. “I feel privileged to receive this scholarship which not only allows me to pursue my studies full time, but also inspires and affirms my ministry calling.”

Chris Mickel could not express his gratitude directly to those whose gifts had funded his theological studies. But recipients of the Mickel Scholarship, like Ninabeth and all those in the years to come, make it plain that Chris has rendered the benefit he received, deed for deed.

For more information on Planned Giving, contact the Office of University Advancement at advancement@drew.edu.