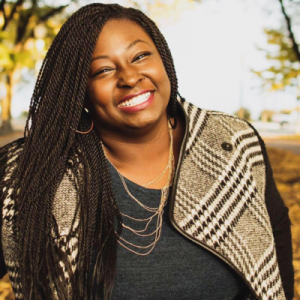 While at Drew, Dominique was a member of the Student Government, the Honduras Project, the College Democrats, the Orientation Committee, and the women’s basketball team. She also wrote for the student newspaper and was a resident assistant for three years. She interned for Hillary Clinton’s 2008 presidential campaign and for Ohio Governor Ted Strickland. Dominique participated in Drew’s Brussels semester, was elected to chair the Extra-Curricular Activities Board, and was selected by her peers to deliver her year’s commencement address.

Dominique worked for the reelection campaign of President Obama. Later, she shifted careers and began working at PepsiCo where she played a key role in developing the rebranding strategy for the Aunt Jemima product line—a role which resulted in her being interviewed by The New York Times.