Within the Main Library Monstrosity in the Archives: Defining & Decoding

How do you define monstrosity?

This exhibit explores the images and descriptions of the monstrous in various forms. From texts such as the Malleus Maleficarum, fairytales, folklore, ghost stories, and the Bible, we investigate the defining qualities of the monstrous body.

To view the exhibit in-person, you are welcome to come to the Drew University Methodist Archives 9-5 Monday-Thursday, and 9-1 on Friday.

Scripts in the Archives 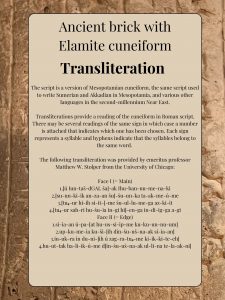 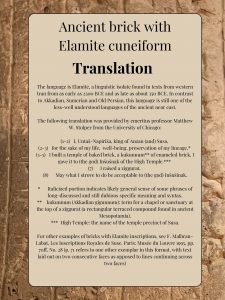 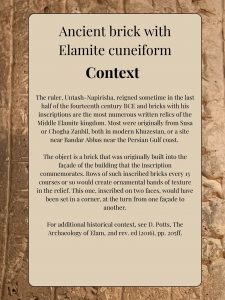 Christophe Plantin or Christoffel Plantijn (1520–1589) was the founder of one of the most important publishers of the 16th Century. His main residence was in Antwerp where his printing house has been preserved to this day in the Plantin-Moretus Museum. In 1568 he started a masterpiece of Renaissance book production: The Biblia Regia or Antwerp Polyglot Bible.

Plantin acquired types from the best type-cutters and designers of the day as well as proofreaders for the Hebrew, Greek, Syriac, Latin and Chaldean (Aramaic) texts for his Polyglot Bible. Philip II, King of Spain and at that time still Lord of the Seventeen Provinces of the Netherlands, commissioned 13 copies printed on vellum. Another 1200 copies were printed on paper. Two volumes, six and eight, were only printed on paper due to a shortage of vellum during various uprisings against the rule of Philip II. With Hebrew, Greek and Syriac in the Polyglot, all of the Abrahamic religions were purposely represented: Jewish, Christian, and Muslim. The Polyglot was meant to assist all men to become fellow-citizens of the world. The text arrangements in the Polyglot are complex and show a remarkable skill on the part of the typesetters.

Volume Five has the New Testament in Syriac on the far left with its Latin translation in the next column and on the facing page the Vulgate Latin text on the left with the Greek Septuagint on the right. Volume Six has grammars and dictionaries of Hebrew, Greek, Syriac and Chaldean (Aramaic). Volume Seven has the complete Old Testament in Hebrew with a Latin translation between the lines and a Greek New Testament also with an interlinear Latin translation as well as a list of common and familiar Hebrew idioms. Volume Eight is a treatise by Benito Arias Montano, who was overseeing the bible production on behalf of King Philip II. He presents the origin and evolution of the world and its people from creation to the time of Christ together with an ethnography of the ancient Hebrews. 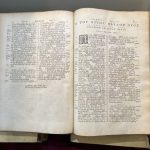 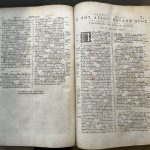 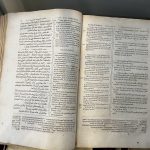 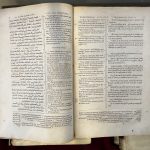 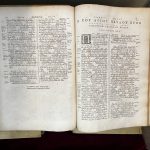 If Books Could Kill

What makes a book deadly?

The text? The ink? The pigments? The binding?

Historically, all of the above.

This exhibit explores the toxicity of book production. From texts such as the Malleus Maleficarum, Mein Kampf, and the Bible, which have influenced killing, to the chemical make-up of the ingredients used to produce books. We were inspired by the Winterthur Library Poison Book Project, and their work on detecting toxicity in bookcloth colorants primarily from the 19th century.

If Books Could Kill showcases the artifacts within our collection that possibly contain toxic ingredients. From bookcloths, pigments, parchment, leathers, dust, mold, fungus, and disease this exhibit will have you question the poisonous nature of books. We are living in a difficult time. Our lives have been uprooted by COVID-19, which has caused death, sickness, job loss, depression, anxiety, prejudice, and much more.

This exhibit intends to showcase that our time is not an anomaly. We are part of a history of epidemics that has ravaged the human population for thousands of years.

The exhibit is organized into three factions of response to sickness. The first grouping focuses on the medical reaction to disease, the second looks at the religious reception, and the third regards the different ways fears and anxieties of sickness shape our behavior and the culture around us. We hope you find this exhibit timely and take some comfort in how we fit into history.

If you are interested in an online version of the exhibit, then please use the following link which will take you to our OMEKA site: https://omeka.drew.edu/exhibits/show/pietyandplague