The senior biology major and three-time basketball captain on grabbing boards, building team chemistry and shadowing doctors in the ER.

You were Defensive Player of the Year in the Landmark Conference and set a conference record with 903 career rebounds. What’s the secret to being a good rebounder? The secret is every shot that goes up you tell yourself you’re going to go get it. You may not get every one, but you’ll get more than you expected.

The team set an all-time school record for most wins—23—and made it to the ECAC semifinals. What made this group so good? We always had pretty good talent, but we’ve never been able to put it together and make it work. By the time I was a senior, we’d finally figured it out.

You’ve wanted to be a doctor since you were a young boy. Why? I’ve always wanted to be an orthopedic surgeon. I like to use my hands to fix things. It gives me a chance to continue my life around sports, to be able to treat athletes. That’s something that’s very important to me.

Tell me about your internship at Morristown Medical Center last fall. I shadowed physicians in the emergency department—going from mild cases to the most severe cases. I saw a lot of heart attack and stroke patients. That was an amazing experience. I saw things I didn’t expect to see.

Such as? I was in the operating room as doctors were performing procedures on someone going through cardiac arrest. It’s not often a college student gets to be in the room to experience something like that.

You were nominated as an Academic All-American. How did you balance your course load with your basketball obligations? It’s a cliché, but if you manage your time well you can do it. It’s important to get your class work done before practice, so you have little to do afterward, when you’re tired.

What advice would you give to your younger self if you were just starting at Drew? Before you know it, you’re going to be a month before graduation and about to say goodbye to all your friends, so cherish the time. And I think I’d tell my younger self to get a little more work done and study for that test a little more too. 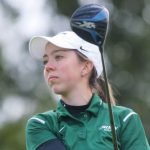 WOMEN’S GOLF took the Landmark Conference title and earned a spot at the NCAA DIII Championships in Houston, a remarkable feat in only its second year as a varsity program. Drew’s best finisher at both outings was Lucy Lamb C’21, who claimed medalist honors with a decisive 25-stroke victory at the conference tournament. 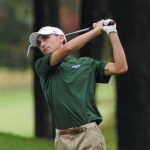 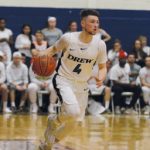 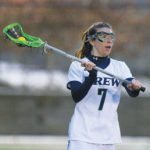 WOMEN’S LACROSSE reached the final of the ECAC DIII Tournament and notched a record-tying 16 victories.

More from the spring/summer 2019 issue