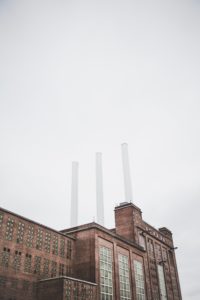 For many years, I ministered in a city that had once been great. I mean not to be pejorative but historically descriptive. It was a leading city in manufacturing in the early 1900s. Its many factories had made it a strong economic city. But by the 1970s, the manufacturing economy had declined, leaving behind empty factories that remain abandoned to this present day. There has been no shortage of attempts by community activists to revitalize the city and bring it back to its glory days. As I listened to conversation after conversation about how to revitalize the city, I was always struck by the language used. The language always involved going backwards and reclaiming an identity of the past. The nostalgia for the good old days made people want to bring back things that made them strong. A voice would then bring new ideas to the table, maybe something that has worked in another city, or an idea that just came to them.  These ideas would be entertained only briefly as the conversation reverted back to how things used to be and if only we could get the same kind of economy and communal structure again.

In many ways, I could call this city Small City or Small Town, USA for these stories are replicated across the country. Many small cities have found themselves relying on one or two major employers that provide middle class income for blue-collar workers. When that employer or employers shut down, the first question is: who can we get to come in and use these factories/mines/mills/refineries/etc. and take us back to the booming economy we used to know? This question can linger for years and decades.

When someone in a meeting talked about a successful project in another city and tweak it as a new way forward for this small city, someone else would inevitably remind the group about all the things that the other city had that their particular small city did not.  And once again talk would cycle back to nostalgic conversation about the past; this cycle can be a never-ending loop that lasts meeting after meeting after meeting. This is crippling nostalgia with a lack of hope to explore possibilities.

The term nostalgia was coined by Johannes Hofer[1] in the late 17th century and meant to describe a condition of extreme homesickness among Swiss soldiers fighting far away from home. The term is from the Greek words nostos—to return home—and algia—pain or longing.  “Nostalgia is a longing for a home that no longer exists or has never existed.”[2] It became to be viewed as a disease and the common cure was to either return home or be given the promise of returning home — regardless of whether that promise was real. By the 20th century the term had evolved to mean a longing not so much for a place, but for a time.  And instead of being seen as painful, it was seen as comforting and actually remembering without pain. In fact, nostalgia became defined as an idealized memory where the hurtful parts of the memory were taken away and it was a longing for a past that was not being remembered truthfully.[3]  The accuracy of the memory became irrelevant, as did the ability to actually go back to the time or recreate what is remembered as the greatness of the time.  The only relevant piece of nostalgia is the positive sentimental feelings that are evoked when one remembers. In the common lexicon, few would see nostalgia as a disease but more as wistful longing.  However, constant nostalgia is damaging enough to be seen as a community disease. Referring to a crippling nostalgia takes the term to its original meaning.

Nostalgia is commonly seen as a fond memory for a time gone by.  Many confuse nostalgia with history or memory. However, nostalgia is not a complete memory. Sean Gammon said it well when he noted, “Of course not all nostalgia is concocted or manipulated to gild our pasts—though much is, leaving us, analogously, with little more than edited highlights of a game that probably never took place.”[4] Part of the desire to escape to the past is the comfort that nostalgia gives.  It feels like known territory, often because it is recreated in one’s brain as what one wanted it to be more so than what it actually was. But nostalgia is crippling for exactly for this reason. We often see the past through rose-colored glasses.  For example, some small cities were more economically prosperous, but people worked under terrible conditions.  Laws that limit child labor, require basic decency in the work place, and demand a livable wage are all good things. Lamenting a mostly-mythical nostalgic time gone tempts us to ignore social progress. Things are much better for women and ethnic minorities, and that is a good thing. Though some link social progress to the downfall of a community, that is an ahistorical analysis.

Children working in a mill in Macon, Georgia, 1909.

While many point to past economic stability, it is also important to remember that the economic structure of a community often was not prosperous for everyone. “Thus nostalgia, as a historical emotion, is a longing for that shrinking ‘space of experience’ that no longer fits the new horizon of expectations.”[5] A crippling nostalgia excuses the horror of the past because it allows us to escape from our current problems. Crippling nostalgia was a major aspect of Donald’s Trump’s presidential campaign. So much rhetoric was based on going backwards and longing for regression. 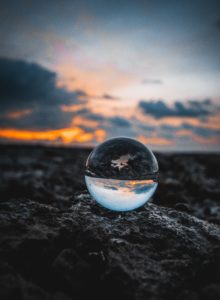 This nostalgia also cripples because constantly wanting the same things of the past limits our ability to imagine new possibilities and move forward. We cannot, in the same moment, both try to recreate the past and imagine a new future.  And the goal of the community activist ought to be to imagine a new future. The reality is that those manufacturing jobs are not coming back.  Even those that create plans to restore the jobs of the 1970s incorporate difficult working conditions and low wages that cannot provide a livable income.

These are not things we should yearn for. Instead, we should yearn for new ideas that would make lives better both economically and socially. This requires responding to crippling nostalgia with a liberative imaginations. Those living in areas where a crippling nostalgia is prevalent can respond in several ways: Some choose to reject the premise and become activists by responding with imaginative actions and programs. Others accept the premise but work towards bringing things back to the way they used to be. Yet, there are others that take crippling nostalgia to its logical conclusion: if the better days are behind us and we cannot get those back, only worse days lie in front of us. So, why should we work to bring forth anything?  My work has often placed me with youth within the third population.

Youth constructing their identity in an area where crippling nostalgia is prevalent have an even more difficult time navigating the way forward, for crippling nostalgia also cripples adolescent development.  A constant refrain of “things were so much better in the past” affects the way youth in the community see their future. We call youth the future, but crippling nostalgia strips youth of the power to create that future. This communal construct explains in part why many of the youth I ministered to feared the future. This nostalgia also cripples youthful imagination. It assumes that there is a clear-cut answer to the problems around these young people and that that answer lives in the past – a past that a youth has not experienced, know nothing about, and therefore cannot contribute solutions, because they cannot help recreate this past for which they were not present.  In the context of this communal crippling nostalgia, youth are trying to construct their personal identity. This can cause them to not be excited when looking towards their future. Crippling nostalgia needs to be replaced with a historic imagination that learns from the past without dwelling in it. This historic imagination will be the focus of my next blog post. 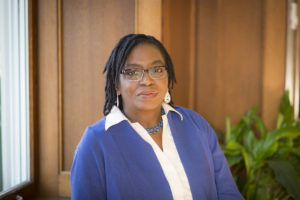