It’s no slam dunk, but it’s a start

It’s no slam dunk, but it’s a start

The game is lopsided with a 15 point lead. The visiting team is frustrated and beginning to fall apart. The visiting team inbounds the ball and one player tries unsuccessfully to dribble through the home team’s back court press. The whistle blows. A ten second violation gives the ball to the home team. The coaches of the visiting team are exacerbated as their directions go unexecuted play after play. One visiting player on the bench yells at his teammate on the floor, “Come on, they (home team) are little, weak girls.  Just dribble past them.” 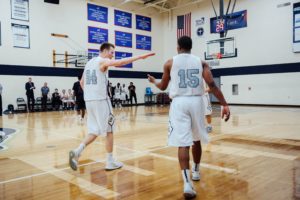 Image by Isaiah Rustad at Unsplash.com

As a volunteer parent running the game clock from the scorers table, I’m seated next to the 13 year old boy on the bench. I turn, slowly and quietly, and ask the young man, “Do you have a problem with girls?  Most I know are actually bigger and stronger than many of the boys on the court right now.” Sheepishly, he looks at me and stammers, “Uh, no?” “Good because it sounds like you think it is okay to put down boys by calling them girls and that’s sexist.”

Now, I’m not one to sit by and pretend it’s not my business to correct a child because I’m not that child’s parent.  I’m the kind of parent who embarrasses my own children because I believe in communal parenting where adults share responsibility for the moral formation of any and all children. This can offend other parents given the increasing tendency, rather common in my experience in white, well-to-do communities but proliferating across demographics in a consumerist influenced society, to view one’s primary duty as a parent to produce happy children. The “parenting for happiness” model often results in keeping children in a comfortable bubble, tolerating rude and dismissive behavior, and placating them with stuff. But I digress.

Interestingly, a podcast influenced me to speak up amidst my duty of stopping and starting the game clock as the whistle blew and the ball was inbounded. Yep, a podcast episode! I commute, a lot, which can either produce wasted hours or productive time. In an effort to use my commute in an educational way, I have been engrossed in a number of podcasts. The episode I’m referring to comes from Scene on Radio, “a podcast that tells stories exploring human experience and American society.”  The second and third season, Seeing White and MEN, take on the issues of white supremacy and patriarchy from the vantage point of everyday lived experience.  Episode 56, The Juggernaut, in the MEN series, explores the complicated gender dynamics of 6th grade boys in a liberal, Northeastern town (much like my own) exposing their use of female and gay language to question each other’s masculinity. After hearing to the episode, I invited my 13 year old son to listen to it with me so we could have a conversation about how this dynamic of heterosexism affects his life and relationships. He definitely related to the issues raised and talked about his own ways of responding. It was not until that moment at the scorer’s table that I really understood the pervasiveness and nonchalance of the issue. 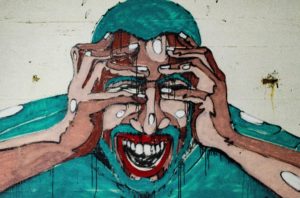 As a scholar of ethics of digital technology, I am keenly aware of the exponential growth of information and the potential consequence of voracious, uncritical consumption or numbing, desensitization to information overload. Quentin J. Schultze in Habits of the High-Tech Heart: Living Virtuously in the Information Age, suggests that the creation of information and its sheer quantity, is valued over and against the quality of the information and thus communication (52-54). Schultze considers humans enamor with digital technology to be a false god. Schultze argues for greater awareness on the part of users of technology. Yet, he also has a rather pessimistic view of users’ abilities or desire to engage technologies in a way that morally directs information use (196). I admit that Schultze’s concern is evidenced in the recent effects of fake news.

On the other hand, we now have radically new access points to educational material. To reach a varied public audience, the material is translated to fit platforms like twitter, blogs, youtube videos and podcasts that democratize information. Decades of gender theory, childhood development, and moral theory are unpacked and then encapsulated in a 40 minute radio stream that reached my Phd educated self and my 13 year old son. This is not new. Books and movies have had this effect for years. What is new? The diversity of content, authorship, and consumers because of wide open access formats. It’s as if the original purpose of the public library has moved beyond print literacy and is now available in your pocket. 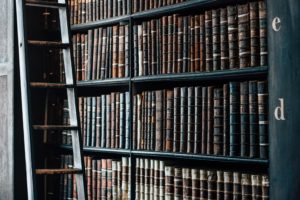 Image by Erol Ahmed at Unsplash.com

Of course, what can be lost is the community aspect of a public library where we have to literally bump into people as we consume information. Perhaps that why I invited my son to listen to the podcast with me and why I’m sharing it here. The public revolution of information needs a parallel movement that pushes us past the share button into shared and embodied conversation. 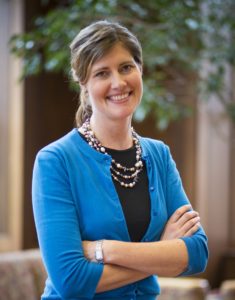 Dr. Kate Ott is a feminist, catholic scholar addressing the formation of moral communities with specializations in technology, youth and young adults, sexuality, pedagogy and professional ethics. She is Associate Professor of Christian Social Ethics at Drew Theological School. In addition to numerous articles, chapters, and two co-edited books, she is author of Sex and the Seminary: Preparing Ministers for Sexual Health and Justice, Sex + Faith: Talking with Your Child from Birth to Adolescence, and the forthcoming, Christian Ethics for a Digital Society. To find out more, visit www.kateott.org.