Shaping the Future with Strength from the Past

Shaping the Future with Strength from the Past

In my last post, I argued that thinking about the past in a particular way created a crippling nostalgia that undermined future thinking and development. This begins with how we understand the relationship between the future and the past. Nostalgia is not always about the past; for these communities, it is about being retrospective in order to understand the problems of the present and create a different future.  The desire is healthy even though the mode is not. One cannot create a future while stuck in the past, but as the saying goes, those that do not know history are doomed to repeat it. Therefore, the answer is not to ignore the past, but to be critical of it and learn from it.  For urban youth and communities, the concept of sankofa can be helpful here. Sankofa is an Akan symbol and a term in the Twi language that is exemplified by the saying se wo were fi na woman sofa a yank which translates “it is not taboo to go back and fetch it.”  The concept of sankofa is symbolized by a mythical bird with its head turned backwards and its feet planted forward while holding an egg. The egg symbolizes the promise of the future. 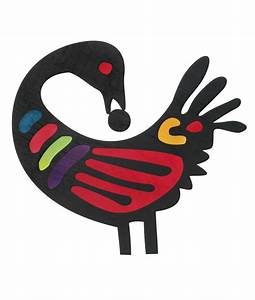 The term and symbol holds a particular powerful symbol and meaning when thinking about the problem of crippling nostalgia. The bird is flying forward. It is not afraid of the future and although it looks back, it is not longing for the past. Instead it is reflecting on the past so that we are not starting from scratch. Looking to the past reminds us that we have been in difficult situations before and God has seen us through those. So, what can we learn from this?  As the bird holds the egg, it holds the promise—the future.  This can be seen as holding the youth, but it is important to remember that while youth are adults of the future, they are currently present in the here-and-now and are capable of joining in the work of imagining a way forward.

For our purposes, imagine that the bird is the congregation in the urban community fighting against the work of communal crippling nostalgia. The act of moving forward is the work of youth and the imagination needed to fight personal hopelessness. The act of looking back reflects the wisdom needed from the elders. The delicate egg that is held is the theological imagination needed for the future.  We do not know what this future will hatch, but God knows and we work with God to imagine a liberating way forward. 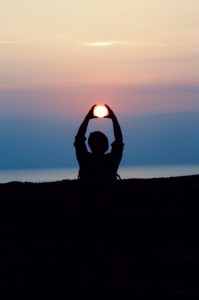 Another healthy way to think about how history helps us to move forward is to think of developing a strong historical imagination.  This is a term used by theologian Kwok Pui Lan.  Writing from a post-colonial context, she emphasizes the need to tell stories that were stripped by colonizers from the collective historical narrative of the colonized.  The historical imagination rescues the stories stolen from the people and helps them reclaim them.  Kwok notes, “The historical imagination aims not to reconstitute the past, but also to release the past so that the present is livable.”[i]   Borrowing from Kwok for our context, we see that exploring the past not only gives an understanding of how things came to be; it also gives hope. Exploring the past with a theological imagination helps young people to know that similar lives have been lived before God and that God has responded to situations in a variety of ways. Seeing the different ways God has responded to similar situations in the past helps girls to think about how God can work through them to rework their future.

To bring all of these things together, I suggest grounding them in the notion of nurturing the sanctified imagination in these youth. In its most simplistic form, the sanctified imagination is a journey one goes through with God with the belief that things can be different and limitless for one personally. This theological imagination not only recognizes that God can fix the world, but God can also fix my world and my community and work with me as an agent of that change. I use the term nurturing, because youth already possess imagination; they do not need anyone to give it to them. However, without nurturing, ideas created by this imagination amount to nothing but fancy. Through nurturing the sanctified imagination, youth can find realistic ways to claim their future with God and believe that it can actually happen. “The future is not a grand finale, a classless society, or even a kingdom of God, but more immediate, concrete, and touchable”.[ii]  This distinguishes the task of imagination from that of fantasy. Theological imagination will allow young people to think of concrete ways God can alter their present and future. And together, youth and adults can hold hands and walking into the future not held back by the past, but informed by the lessons of the past and powered by the strength of the ancestors. 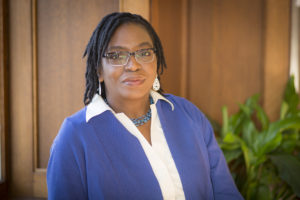