Why names matter, or, it’s not all about Paul.

Why names matter, or, it’s not all about Paul.

When was the last time you heard something about Romans 16:1-16? This letter of Paul is incredibly important in Protestantism: Martin Luther encouraged daily reading of this “purest Gospel” as “bread for the soul,” John Calvin claimed that “knowledge of this Epistle” opened “all the most hidden treasures of Scripture,” and John Wesley’s heart was strangely warmed by listening to Luther’s reading of Romans. Nevertheless, this portion of the text is largely overlooked in Christian communities. To take a single example, unless you keep up with the daily lectionary, which includes it in September of Year A (so in 2020), you likely won’t have heard this text from Romans 16:1-16 before in worship.

Why is this? Romans 16:1-16 is largely a list of names. These names show up in the prescripts, postscripts, the beginnings and ends of letters, the Dear so-and so, and send my love to so-and-so; they are rarely included in our understanding of church. I think these names matter, though, to more than just nerdy biblical scholars like myself.

It will take just a moment of nerding out as a biblical scholar to explain this, but stick with me.

I’d like to focus on one name in Romans 16:7 for a moment: Junia. Thanks to the work first of Bernadette Brooten and later Eldon Epp, we learn that Junia for much of the last century or so of biblical scholarship and translation has been misgendered and renamed Junias. Junia, a common name for a Roman woman, was the name found in Romans 16:7 in the following: all early Christian writers of late antiquity, by scholarly Greek New Testaments from Erasmus in 1516 to Nestle’s edition of 1927, by all early translations of Romans 16:7 (from Greek into Old Latin, Vulgate, Sahidic and Bohairic Coptic, and Syriac versions) and by almost all English translations from William Tyndale in 1526 up until the late 19th century, including the beloved and (for some Christians) inerrant King James Version (Epp 23-24). 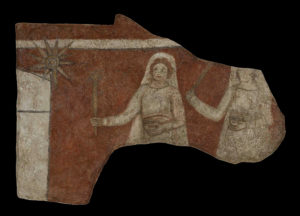 In the late 1800’s, though, some biblical scholars decided that they knew better. They thought these sources were wrong, that translators and editors from Jerome to Erasmus to Tyndale were mistaken. According to these scholars, Junia wasn’t Junia, she was actually Junias. Which is actually pretty funny, because there are no attestations of the male name Junias anywhere in antiquity. No matter. Scholars suggested that perhaps Junias (although unattested) is a shortened form of another name, Junianus, a hypothesis that does not stand up well under scrutiny – stay  with the nerdiness here – because it requires a more complicated reading strategy than just taking the name as a commonly attested feminine accusative form. Some scholars even read certain early manuscripts as supporting a different Greek accent to argue that other early Christians read Junia as Junias, which is strange because early manuscripts aren’t even accented (Epp 45-46). Why did these scholars literally make up a man’s name to create a textual critical controversy where one had not been before? The answer becomes clear when you look at the praise for Junia and Andronicus; they followed Christ before Paul did, and they are people worth noting among the apostles, among those sent out to share the gospel. Ah, there’s the rub. The issue, it seems, is that there is a woman named in the canonical New Testament as an apostle. Junia. Her name matters.

I get into the nerdy weeds here not to sell you on learning Greek, but to show you why names matter. Junia’s name matters. All of these names matter. The beginning and end of letters we normally skip right over reflect people whose names and lives matter. They matter for our theology, they matter for our ecclesiology, they matter for the work they did, the change they brought, and they matter because they are our forebears in faith. Their names matter, these saints of God: Phoebe the deacon; Prisca and Aquila, coworkers with Paul in Christ; the assemblies that meet in their house; Epaenetus, first fruit of Asia in Christ; Mary, the hard-worker; and Andronicus and Junia, kinfolk, fellow-prisoners who are noteworthy among the apostles and who were in Christ before Paul was.

Names matter, we know, because names are sites of contestation. Whether it is people not learning how to pronounce your name because it’s “hard to pronounce,” to people deadnaming trans folk, or even just those people in church or class who never really bother to learn your name, names are sites of contestation. Or, it just might be a board of ordained ministry who thinks God couldn’t possibly have called and sent you by name. So it is worth our time and attention to be careful with one another’s names, to honor one another’s names, and, to paraphrase a beloved hymn of Drew Theological School, to remember that no matter what people say, or think, or do, your name, my name, our names matter to God. 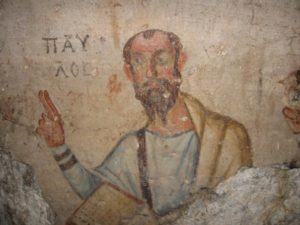 Paul, from the Grotto of Paul and Thecla, Ephesos. Photo by Dr. Jennifer Quigley.

Paying attention to texts like Romans 16:1-16 also helps us to realize that it is people, not a personality, who make change. When we move beyond what Laura Nasrallah and Melanie Johnson DeBaufre have called a “heroization” of Paul, we can begin to realize that it is the work of people, and not a cult of personality, that can create change, and who make up the church.

This was one of the hardest and most surprising lessons I learned in seminary, not in the classroom or in my field education site. Rather, I learned it in the archival boxes of the Howard Gottlieb Archival Research Center at Boston University. HGARC, as it’s called, holds materials from Martin Luther King, Jr., an alumnus of the school. Somehow, I got a job there in seminary. As I walked into a small room with neat blue boxes on my first day, I imagined them full to the brim of speech drafts, sermons, and correspondence, all coming from the pen of King himself. And, yes, there were some of those.

But most materials in the archive are mundane, day-to-day objects. I mostly worked on the Montgomery Improvement Association (MIA) papers. The Montgomery Improvement Association, formed to oversee the Montgomery Alabama bus boycott in 1955, did not start with MLK having a revelation sitting in his office at Dexter Avenue, but with a group of people, especially Jo-Ann Robinson, president of the Women’s Political Council, and E.D. Nixon, head of the local NAACP. Robinson and Nixon organized the one-day boycott that ended with a meeting, at Holt Street Baptist Church, at which the community decided to transform the one-day protest into an ongoing one. The decision made, they organized, formed the MIA, and set up committees. So many committees. There were carpools to be organized, funds to be raised and distributed, walkers to escort, lawsuits to be filed. There was a lot of work to do, and that work required a lot of people.

So these blue-grey archival boxes mostly held not speeches and sermon notes from King, but the minutiae of progress and the detritus of change. Meeting minutes, newsletters, financial documents, names and phone numbers of persons who had cars and were willing to drive, committee membership rolls, more meeting minutes. So many meeting minutes. In these scraps of paper, I learned how change happens, I learned how movements are made, and I learned that it is people, and not a personality, who make change. For good and for evil, it is the people, and not a personality, who make change. I don’t know about you, but as a seminarian who felt the weight of a world full of injustice and the burdens of a church full of problems, it was freeing to realize that I could not fix everything by myself. 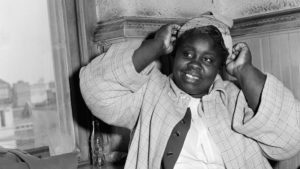 Many who made change in the civil rights movement were women, women whose names at the time I knew about as well as those listed in Romans 16: Jo-Ann Robinson, who led the Women’s Political Council; Johnnie Carr, the youth director and secretary of the Montgomery NAACP and the future president of the MIA; Aurelia Browder, whose protest, arrest, and subsequent lawsuit over Montgomery bus segregation ultimately led to the successful end of the boycott; Irene West, arrested during the boycott; Georgia Gilmore, founder of the Club from Nowhere who fundraised for the boycott; Hazel Gregory, secretary and board member of the MIA; Maude Ballou, King’s secretary; Erna Dungee, executive board member of the MIA. Women were members of the MIA executive board, kept its books, got arrested, fundraised, and organized both out front and behind the scenes of the movement. Too often we choose to remember some names over others, and we often overlook in our histories the ministry and leadership of women in the church.

These names matter, just as Junia’s name matters. Her work matters. Her status as someone called and sent by God matters. Her name, along with the more than two dozen people greeted in Romans 16, matter. They are a communion of saints for us. 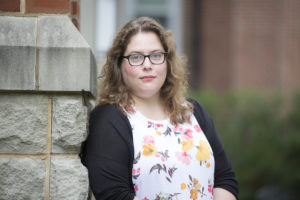 Rev. Dr. Jennifer A. Quigley is Assistant Professor of New Testament and Early Christian Studies and Louisville Postdoctoral Fellow at Drew Theological School. Her research interests lie at the intersections of economy and theology in New Testament and early Christian texts, and her work regularly incorporates material culture evidence. A scholar and teacher deeply committed to feminist pedagogy, her most recent publication is a co-authored chapter with Dr. Laura Nasrallah on feminist pedagogy in MOOCs. She is an ordained elder in West Ohio Annual Conference of the United Methodist Church, with nine years of experience in college chaplaincy at Boston University’s Marsh Chape