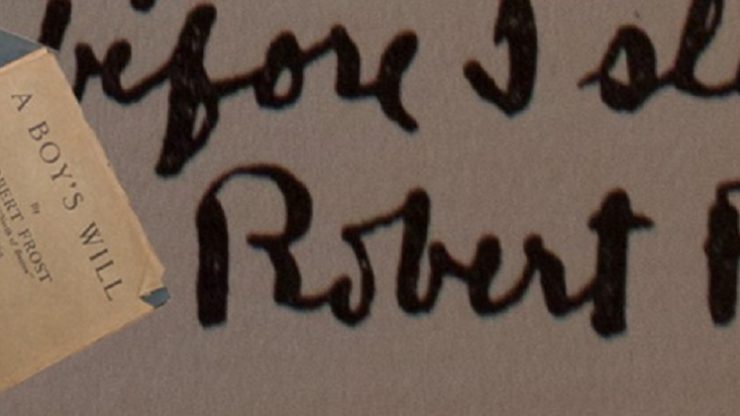 American poet Robert Frost (1874-1963) is likely most known for the poem “The Road Not Taken,” but his work extends much further. He is highly regarded for his realistic depictions of rural life and his command of American colloquial speech. As a popular and critically respected poet, Frost received four Pulitzer Prizes for Poetry among numerous other awards.

The Robert Frost Collection at Drew University is a small, but significant collection of printed materials made possible through the generous donation of John Galen McEllhenney. Included are numerous limited editions in slipcases, first editions with dust jackets, presentation copies, proof sheets, and photographs. Additionally, the collection includes 16 Christmas cards of Frost’s poems printed specially for Frost and his circle  of friends.

View an inventory of the Frost Collection

Search the Drew Library Catalog for books in the Frost Collection