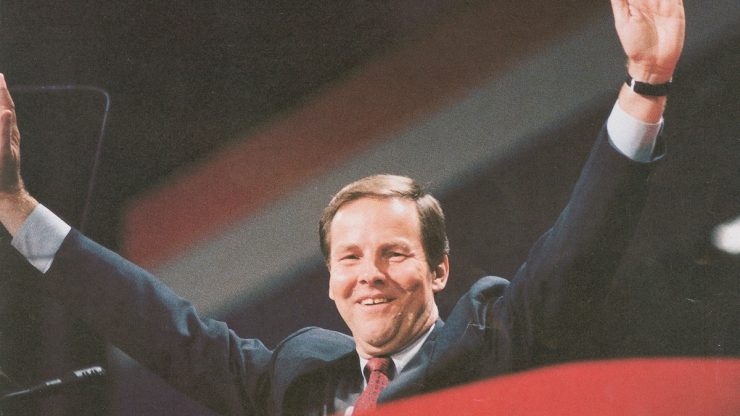 Governor Thomas H. Kean (1935-) was rated among America ‘s five most effective state leaders by Newsweek magazine: noted for tax cuts that spurred 750,000 new jobs, a federally replicated welfare reform program, landmark environmental policies, and over 30 education reforms. In 1990, after completing two terms in office, Kean became president of Drew University and served as president until his retirement in 2005.

On December 16, 2002, Kean was named by President George W. Bush to head the national commission to investigate the terrorist attacks of September 11, 2001. Kean is the author of The Politics of Inclusion, published by the Free Press. He writes a regular column for The Star Ledger with former Governor Brendan Byrne and appears as a regular commentator on New Jersey Network News.

The Governor Thomas H. Kean Collection broadly consists of the records created during the governor’s two terms of office in New Jersey, from 1982-1990. Included are the full run of his legislative briefing binders, records from trips and conferences, typescript copies of speeches, photographs, correspondence, office files, material on the issue of education, press releases and news clips, and related records. A small percentage of the records were created in the 1990s during Kean’s presidency of Drew University.

Thanks to a generous gift from Governor Kean, Drew University Library Department of Special Collections and University Archives has digitized the almost 2500 speeches Governor Kean gave while in office. Efforts continue to fully transcribe each speech for better searching capabilities. The digitized speeches are available online.