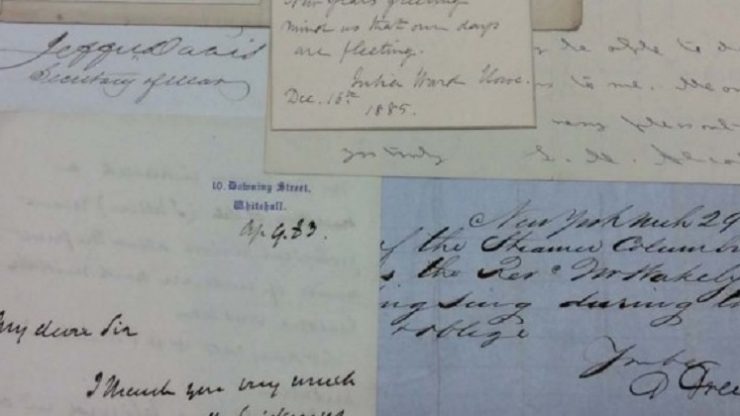 Drew University’s Historical Manuscripts Collection is made up of manuscript material from more than 900 different individuals. The figures represented in the collection constitute quite a diverse group, including authors of popular fiction, theologians and other religious writers, political figures (including American presidents and British prime ministers), educators and academics, entertainers and performers, as well as scientists, merchants, and captains of industry. The earliest materials date from the early 16th century, with additions to the collection continuing through the end of the 20th century. The types of materials included are likewise numerous, with a particular strength in sermon manuscripts from 18th and 19th century Protestant ministers, as well as autographs, letters, government documents, and various types of drafts.

The majority of the individuals have only one or two items in this collection; Henry Ward Beecher, Garret Rapalje, and Leslie Stephen are some notable exceptions to this. The collection also includes materials from organizations, as well as a large series of Civil War letters.