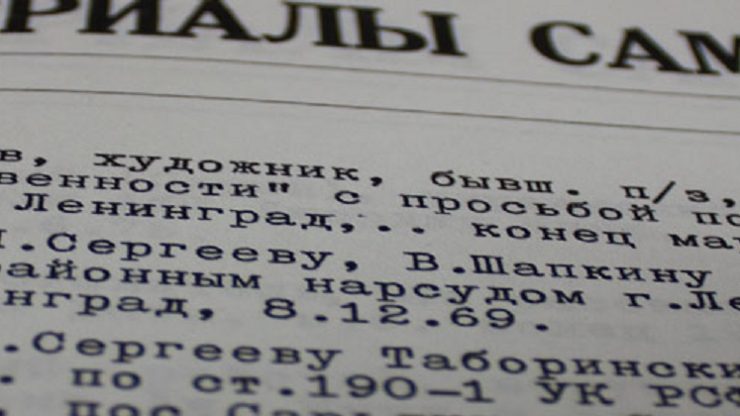 Peter Dornan (1923-1999) was the first editor of the bulletin Materialy Samizdata (translation: “Samizdat Materials”), a weekly publication of Radio Liberty/Radio Liberty Research Institute that became the largest collection of annotated documents on human rights violations in the Soviet Union. Dornan joined Radio Liberty in 1956, created the samizdat archive in 1968, and was its editor until he retired in 1988. He was also the author of an extensive study of Andrei Sakharov.

The Russian word “samizdat” refers to underground or self-published literature, usually literary or political, that circulated covertly in the Soviet Union from the 1960s through the 1980s.  Dornan and his staff collected, vetted, organized and bound thousands of these documents. Originally created for Radio Liberty’s internal use only, Materialy Samizdata was soon made available to Western scholars, journalists and government specialists interested in the subject of human rights violations in the USSR. It is a key resource for the struggle of Soviet dissidents for their civil and political rights.

The official archive of samizdat literature from Radio Liberty is housed at the Central European University in Budapest. In 1999 Peter Dornan donated his personal archive to the Drew University Library, which contains a large number of Cold War era books and other materials. Included are about forty folios of archival materials in Russian, and several hundred books which were published in limited editions by small European presses.

View a list of books in the Dornan Collection